'Fortnite': Teaser #2 Raises A Lot Of Questions About Season 10

We're fully into the runup for Season 10 here in Fortnite: the first teaser dropped during the World Cup with a mysterious image of an old favorite location, and now we've got another one to work with that seems...a whole lot less clear. Let's take a look before we dive in: 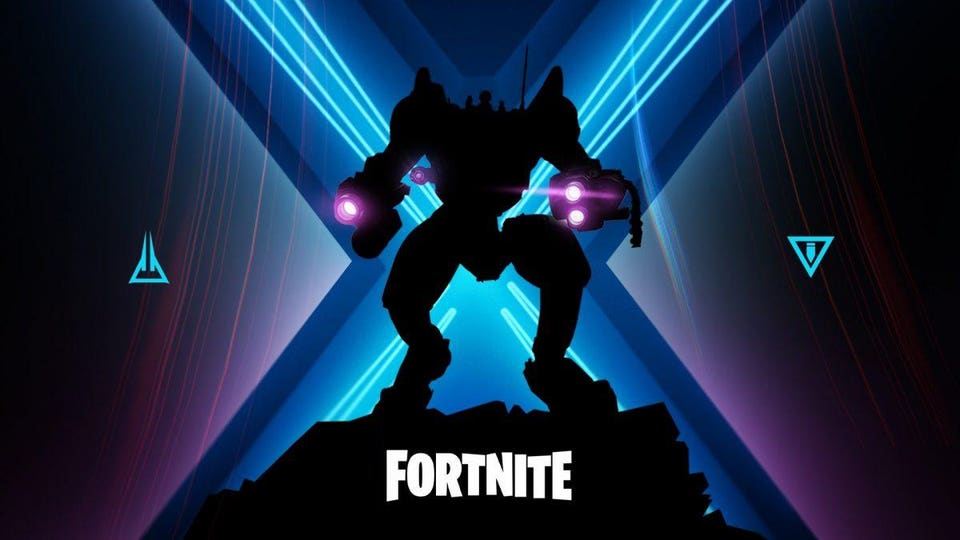 So this...confuses things. The reveal of Dusty Divot with the text "look back" led me to think that Season 10 was going to be a kind of best of, either remixing old points of interest into a new map or, more dramatically, running the entire progression of the map through the first 9 season of Fortnite one week at a time, culminating in something brand new for the final week. It would have been cool, if a little bit like a clip show from a sitcom.

This, however? No idea. I mean, some ideas: it's a robot. That we can say with some certainty. We can also say that this is definitely not a skin: it looks either too big or too strangely-shaped: all Fortnite skins come with the same hitbox, and this would not be that by a longshot. Our best guess is either a new vehicle or maybe, just maybe, the long-awaited game mode where we all damage some single giant target together, either as a single team or two, each with their own champion. It's not impossible!

Regardless, teasers in seasons past have given us a pretty good idea of what was coming down the pike, even from the first teaser. That's why I thought I had a pretty good idea of what we'd be seeing after the first one yesterday: it's just sort of the tradition. The last time they were this obtuse was back with Season 5, and that Season barely had a theme at all. Maybe this won't really, either?

This feels like a big one for Epic Games. 10 is a nice, big round number, and the team is going to want some splashy action to hold attention as we move into the fall release season. I still wouldn't put an entirely new map past the team, but the presence of Dusty Depot confuses that. Hopefully tomorrow's teaser provides some elucidation.